Get fresh music recommendations delivered to your inbox every Friday.

"Vague sense of virtue" and other dreams of mundane profundity 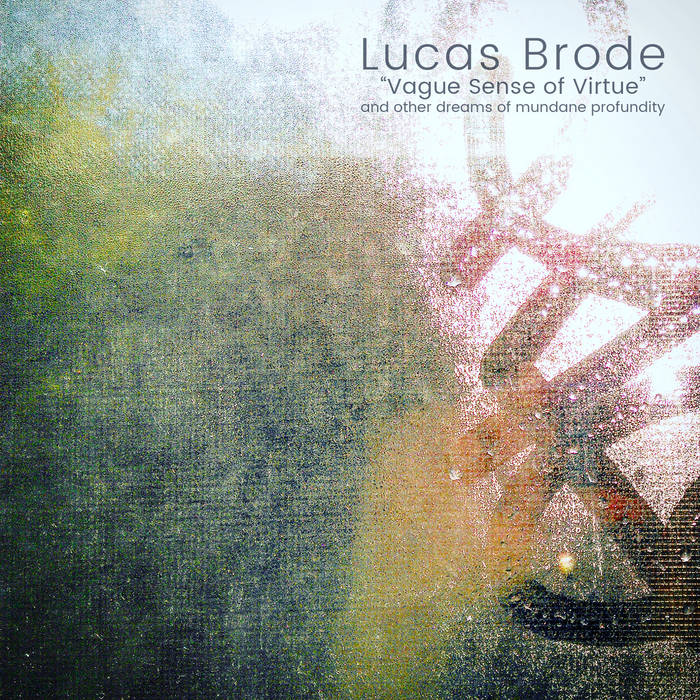 Jessica Ackerley his best work yet!!!

“Vague sense of virtue” and other dreams of mundane profundity was composed over a period of several months inspired in parts by filmmaker David Lynch and the music of Paul Motian. The free flowing nature of Paul Motian’s melodies and David Lynch’s structural use of dream logic were the primary influences in the composing and arranging of this music. Brode and drummer Kevin Shea provide soundscapes over the course of 7 pieces that are inherently sensitive one moment and chaotic the next. The guitar and drums duo is augmented by underlying soundscapes, field recordings and other sounds created through various unconventional methods. This process was heavily guided by Pauline Oliveros’s concept of deep listening, past experiments with musique concrète, and a renewed interest in meditation. The result is a subtle, but immersive environment - an album that sonically falls somewhere between jazz, ambient music, and experimental rock. Cinematic, moody and wistful it will all makes sense during the dream.

"Vague sense of virtue, out just a handful of days after autumn begins, is the perfect soundtrack for the season of long shadows. Although the music has a low-key warmth to it, at the same time it's pervaded by an abstract melancholy. It's a well crafted sonic portrait of rumination and drifting emotions."
-Daniel Barbiero, Avant Music News
avantmusicnews.com/2020/09/21/amn-reviews-lucas-brode-vague-sense-of-virtue-cacophonous-revival-crr-003/

"With their associative movements, the melodic lines played by Brode, their music sounds like an evocation of a dreamlike world."
-Dolf Mulder, Vital Weekly
www.vitalweekly.net/1254.html

If you like "Vague sense of virtue" and other dreams of mundane profundity, you may also like: